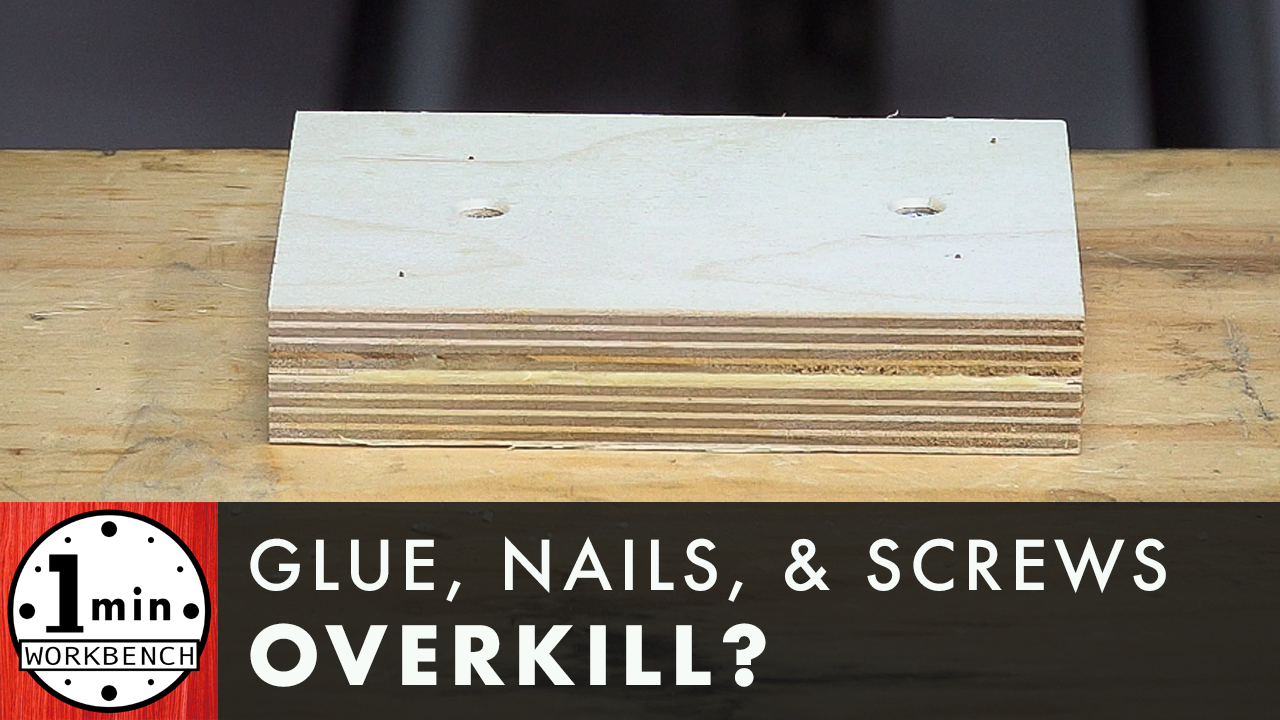 I think the video pretty much says it all for this one, but it has sparked a lot of interesting conversation. Some say that sprinkling a little salt into the glue will provide enough slip resistance for adding screws, which will save the step of firing nails. Others say they’ve read reports on how salt can negatively affect the chemistry of the glue and weaken the joint. And yet others have suggested using A LOT less glue, so that it no longer acts like a lubricant, or using a different type of glue (some swear by Gorilla Glue having an “instant tack”).

So what’s the real answer? I guess there’s probably a little bit of merit to all of the ideas. Does salt stop slippage? Probably, but probably not as well as nails. Does salt affect the chemistry of the glue? Probably, but probably not enough to make a significant difference; if it goes from being able to hold (as an example) 500psi down to 450psi it probably isn’t going to make or break most projects. Does using less glue stop slippage? Probably, but it won’t hold the pieces together like nails do, which make it easier to move an assembly around in a pre-clamp or pre-screwed state. Does using Gorilla glue provide better “instant tack” than yellow glue? If people are saying it does, then it probably does. But is it enough to be better than nails? Probably not, but it might be a good option if nails aren’t okay for the project (you don’t want to see even the smallest nailhead in a beautiful mahogany dresser). So I still think nails are a great option because of how fast they are, and how they keep the project together, BUT this ONLY works if nails are acceptable. So all the other suggestions are great ideas for when nails are not acceptable. Gorilla glue with better tack? Bring it on! A little bit of salt to help control things? Sure!

Which brings me to my last point: There are a lot of different ways to go about making joints, and I think it’s awesome that this video has inspired so many people to share what they believe is the best way of going about it. Not every method is right for every situation, and some are only right for very specific situations. The more we share are methods with each other, the more options we’ll be aware of the next time we have to make a joint, and the more we’ll be able to pick a method that suits the project.

Thanks to everyone who gave feedback in the YouTube comments and shared their ideas and methods!