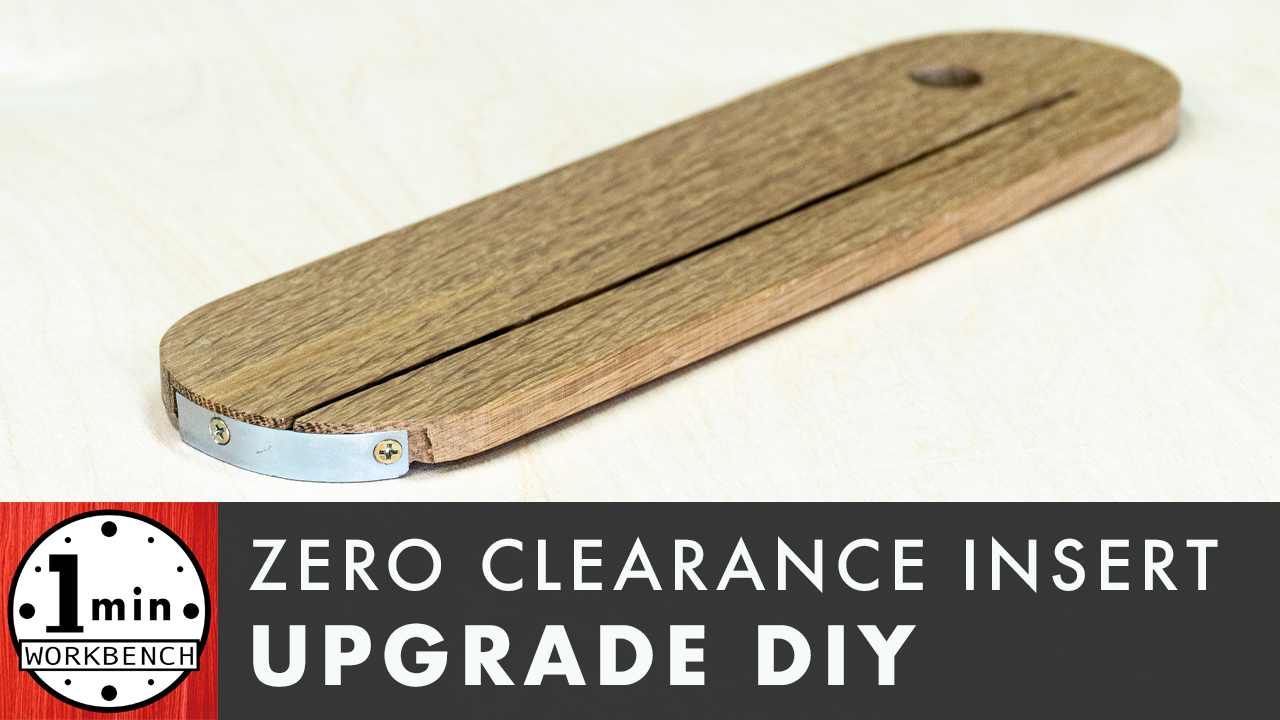 Some people have said that the saw I have isn’t for fine work or small pieces. I respectfully say that is now! While it’s true this saw is marketed primarily as a contractor’s saw, DeWalt knows (as do the outlets that sell these saws) that these are purchased by home woodworking hobbyist probably as much, if not more than actual contractors. Now I’ve also encouraged readers not to be upset at DeWalt, they have made a fine saw here. It is compact, versatile and powerful. I’ve had *almost* no complaints with this saw in the 4ish (I think) years that I’ve owned it. For the money, it’s done a very impressive job. It cuts straight and true, and that’s pretty much the most important aspect of a table saw. As I mentioned, it also has plenty of power, so I’m not unhappy about that either. The only two things that have ever bothered me about the saw are:

While I can’t really do anything about not being able to add a dado stack, or at least I haven’t figured out anything yet, I did think of adding a steel band to the zero-clearance insert to keep it from flexing at the end. I do get some comments and questions about this insert though; sometimes people don’t understand why I couldn’t have used a more conventional approach, so I’ll try to sum it up.

The next idea that’s brought up is just leaving the bit of wood connected at the end, so it wraps around the riving knife and removes the flex from the insert. While this will work on some saws, it won’t work (or at least it probably won’t work for very long) on the DeWalt 74xx series of saws because there is less than an 1/8″ of gap between the riving knife and the slot wall. So that leaves very little room for material back there to bridge a connection between the two sides of the insert. Using a small steel strap, even only .060″ thick is much stronger than leaving somewhere around .080″ to .090″ of wood back there, and will last MUCH longer.

Now, this insert doesn’t work for all situations. I have not made this insert capable of accommodating angled cuts, so for those, it’s back to the old insert. If I have to make an angled cut that is ALSO a small piece that could get caught on the old insert, I’ll have to make another zero clearance insert that works for both. Luckily, I haven’t encountered that situation yet, so hopefully I’ll get a break from making custom inserts for a while. ?

I’ve also heard some really great suggestions in the YouTube comments. Here’s a quick list of my favorites:

So if you have a saw that has a couple of inches between the riving knife and the slot wall, you can achieve the same (non-flexing) results by just leaving some wood back there, but if your saw is limited on space like the DeWalt 74x series saws are, then you can use a method like this, and maybe pickup some benefit from the suggestions above. You might even think of your own! If you do, be sure to share what you come up with!