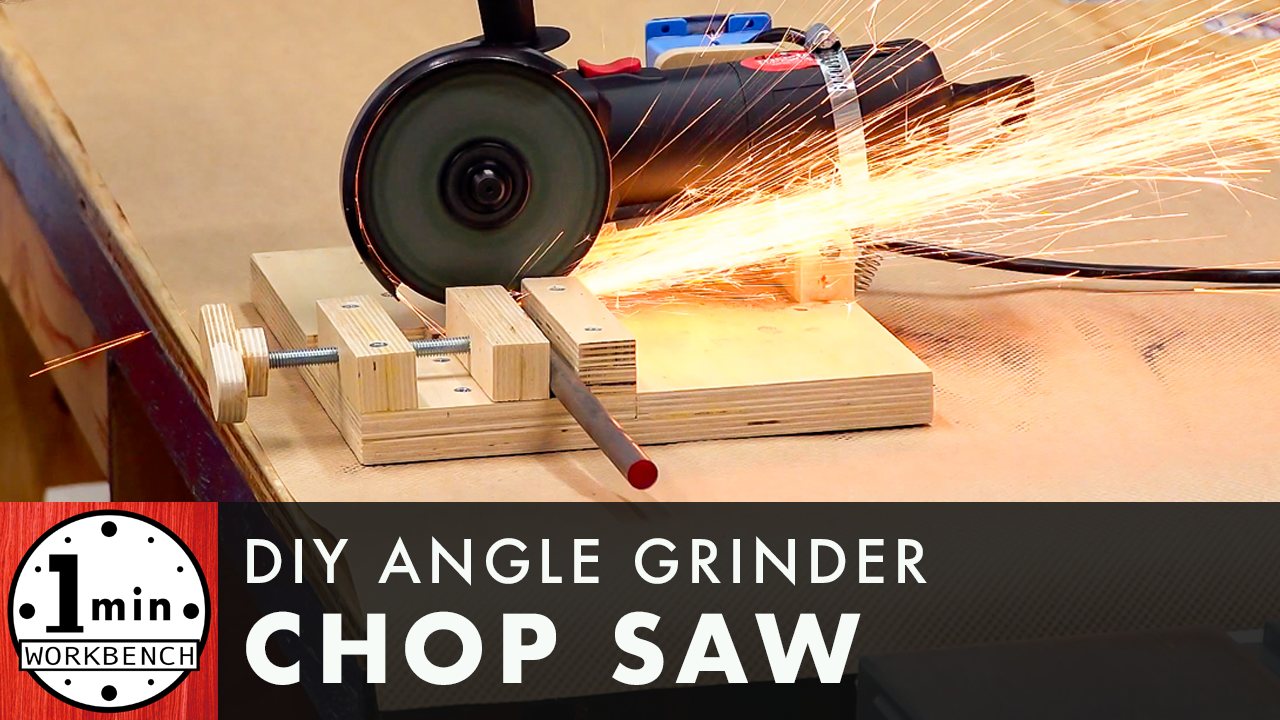 It seems like every time I build a project, I wind up doing something that would be easier if I had another tool. The last couple of projects I’d built all required me to cut metal. I have a hacksaw, and that works, but sometimes takes a while and is a lot of effort. It’s also not super accurate. So I bought an angle grinder. That was a lot better because it required less effort, but it still isn’t super accurate and sometimes feels dangerous depending on the position I’m using it in.

Enter the idea of a chop saw. I don’t cut metal often enough (or large enough pieces of it) to warrant a full sized chop saw. I also don’t have a lot of room in my shop, which you probably already know. I shopped online for an angle grinder holder and almost settled on one that was fairly cheap and had good reviews. I couldn’t help but think it would probably be more bulky than I wanted because it’s designed to accommodate a wide range of grinders. I was also concerned about the position of the power switch. The switch is designed to be pushed forward, not pulled towards you. It just seemed dangerous and uncomfortable.

So I settled on building one. With building my own, I could make it as streamlined as possible for my specific grinder (a very cheap – $15 – grinder from Harbor Freight). Building my own also allowed me to add a power switch where it was most comfortable.

I’m pretty happy with the chop saw. It’s not going to be a star tool for a daily metal worker, but sure beats a hacksaw for a woodworker that occasionally needs to cut some metal!