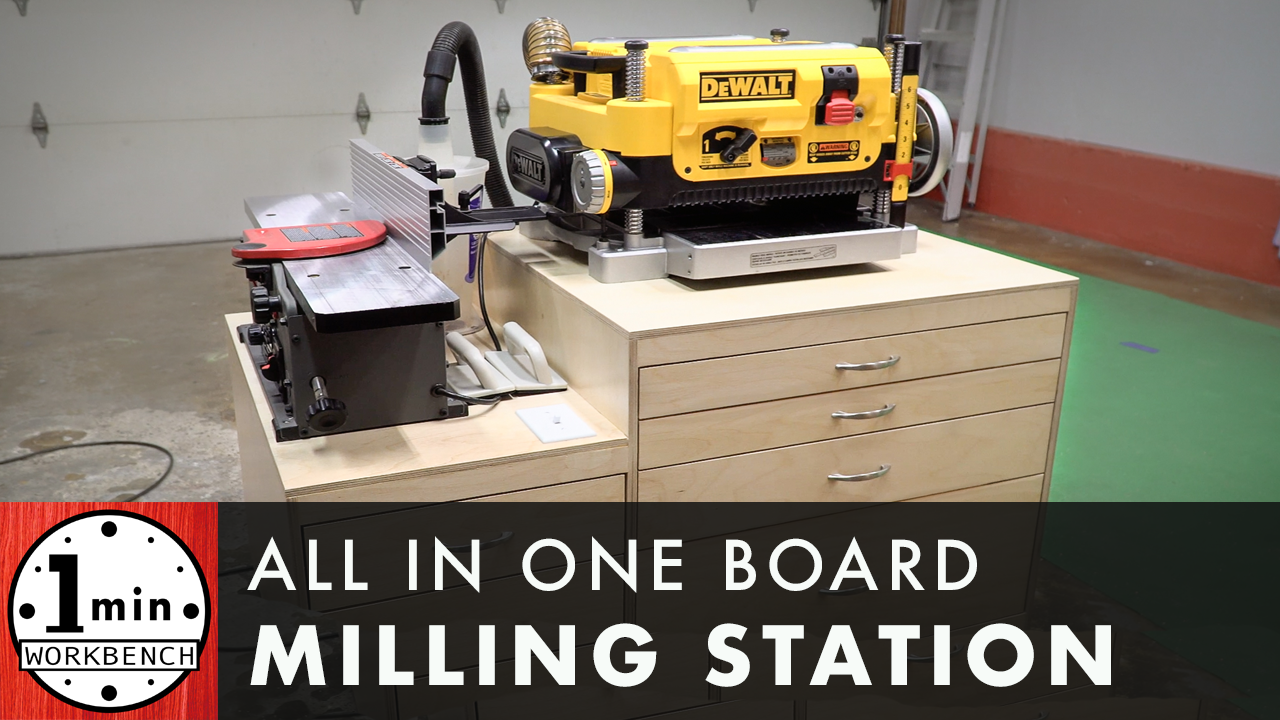 This has been a long time coming! Okay, so my benchtop jointer isn’t that heavy, so it’s not that bad to move around. It was certainly enough of a pain though that I desired a better solution. And this is definitely better.

This build really solved multiple issues. If you know anything about my channel, you know that I’m always looking for ways to make starting a project faster, while at the same time finding ways to use my limited space efficiently.

With this mobile stand, I was able to hit all the criteria for what makes a good addition to my shop. It provides more storage in the shop WITHOUT taking up additional floor space. It lets me use my jointer much faster than before – almost immediately. And the fact that I don’t have to lift the jointer every time I want to use it is just icing on the cake. Finally, my jointer tables are now at a height of 30″, which is pretty standard, and just perfect for me – no more discomfort during use!

I’m also pretty stoked with the fit and finish of this stand; I really think it turned out pretty nice. I cover the build pretty thoroughly in the video. If you haven’t seen it yet, you can watch it here.

I hope you’re inspired by this project, and if you’re motivated enough to build one of these for yourself, you can buy the plans here. And don’t forget to take pics of your build – you can post them to the One Minute Workbench Facebook page, or just send them to me via email and I’ll post them in the gallery!