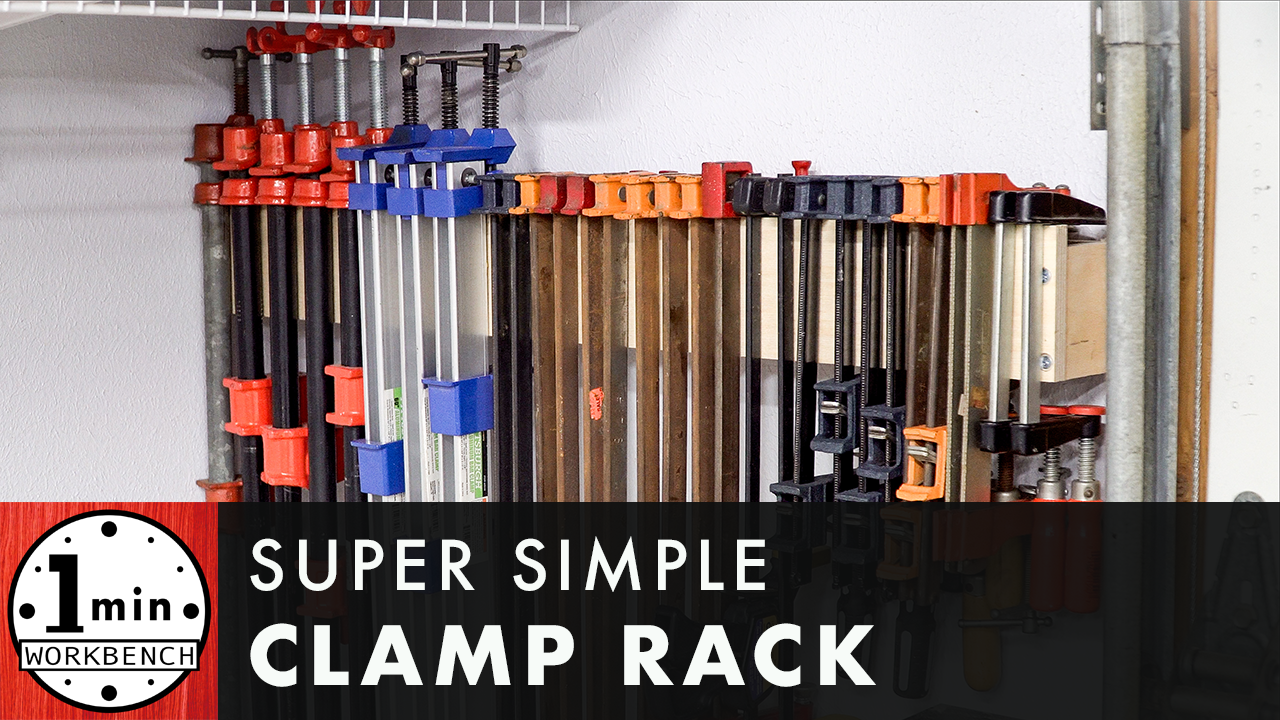 I often find myself thinking about doing something, and then getting the urge to look on YouTube to see how other people have done it. And as a YouTuber, I also find it important to create fresh content, and show methods for solving a problem that are not already out there.

So lately, I’ve been fighting the urge to look at what is already on YouTube, and have instead been trying to solve the problem on my own. This way, it makes it to where I come up with unique solutions. Another benefit to thinking my way through each problem is that I often times come up with solutions that are either simpler, cheaper, easier, more efficient, or just plain better than what’s already accepted as mainstream. I guess the point is this: Critical thinking works!

So with this clamp rack, that’s exactly what I did (meaning, I thought my way through the problem), and I’m glad I did. Now, I had already seen some other methods for clamp racks, so I already had some of this preconceived notions of what it should be. I thought that the clamps needed their own cubbies, and that stacking the clamps by size outward from the wall was just obviously the most space-efficient way to build a rack. While that can be true, it’s not necessarily true.

In my case, based on the types and quantities of clamps I had, stacking the clamps away from the wall would have made MUCH less efficient use of space, the build would have been more complicated, and it would have been more time consuming. While putting extra time/effort into something is sometimes a worthwhile investment, in this case, it would have been wasted. This rack is actually more efficient, functions beautifully, and all with a bare minimum of effort involved in building it.

There are subtle details that separate this rack’s performance from some of my prototypes: allowing the front pad of the clamp some void space at the back of the rack (by elevating the front edge of the rack) was really a breakthrough in getting the clamps to hang correctly. Another was making sure the face of the rack was tall enough that it provided a flat surface for the clamps to stabilize against. And finally, the top edge of the rack being flat so that the top portion of the clamp had a flat surface to rest on (as opposed to using a pipe, which has a curved surface) was critical for keeping the clamps from “rocking” around from side to side.

While it’s true that I did have to think my way through the problem (and that takes time) to come up with this design, I did so using “low resolution” prototypes. Meaning, I just used general shapes (without building complete racks) to find a mix of ideas that would make efficient use of space AND function nicely. As it turns out, that mix of features was able to be obtained from a very simple design.

Luckily, if you’re not in the mood to do any critical thinking of your own, you don’t have to – you can just use my design 😉 And when you’re ready, you can tackle it again, thinking your way through the problem, and hopefully come up with something even better! 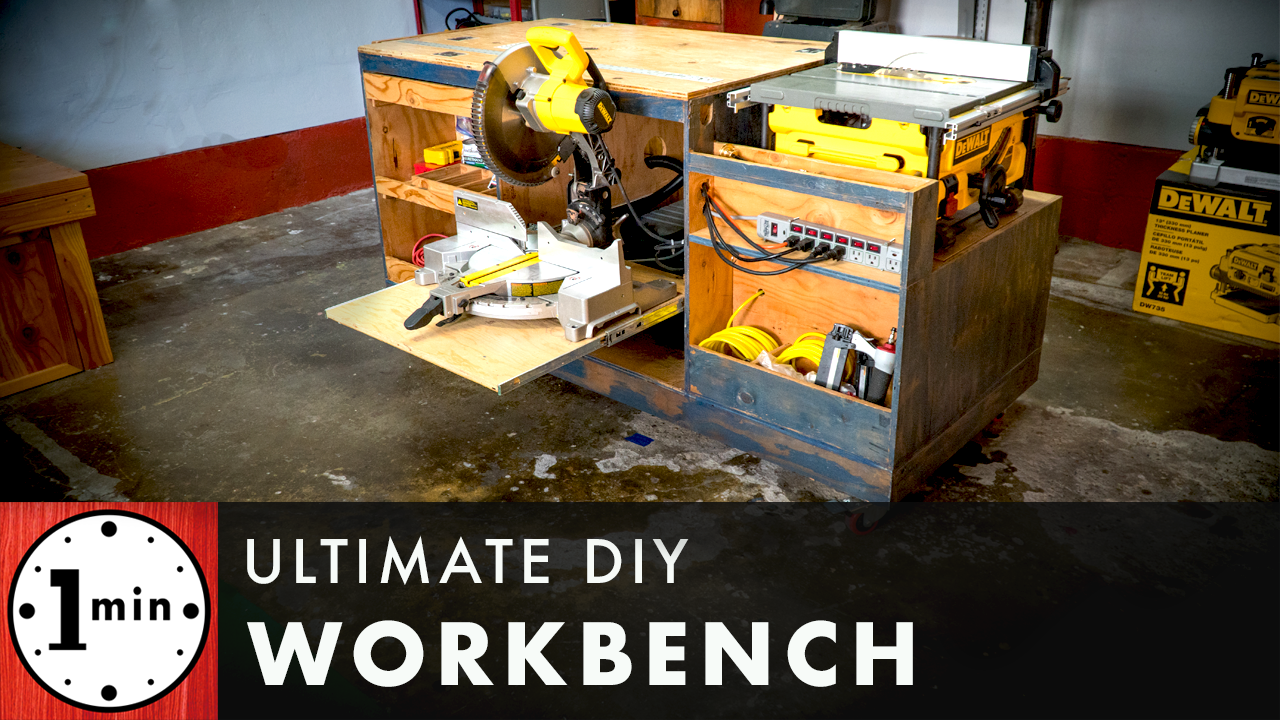 I couldn’t be happier with finally completing the project plans and video for version 2 of the One Minute Workbench. It’s literally been 2+ years in the making. Between being crazy busy with work, school, and life in general, at times it seemed like I might not ever get it done.

I’m also really happy with the quality of the project plans. My other project plans are, in my opinion (and so far in the opinion of anybody I’ve ever talked to that’s downloaded them) very good, however I think this is my best work yet, and people tell me they are very easy to follow.

If you buy the plans, please let me know what you think, write a review, and be sure to send me photos so you can show off your work in the customer gallery!

As always, until the next time, I hope you have fun building something!