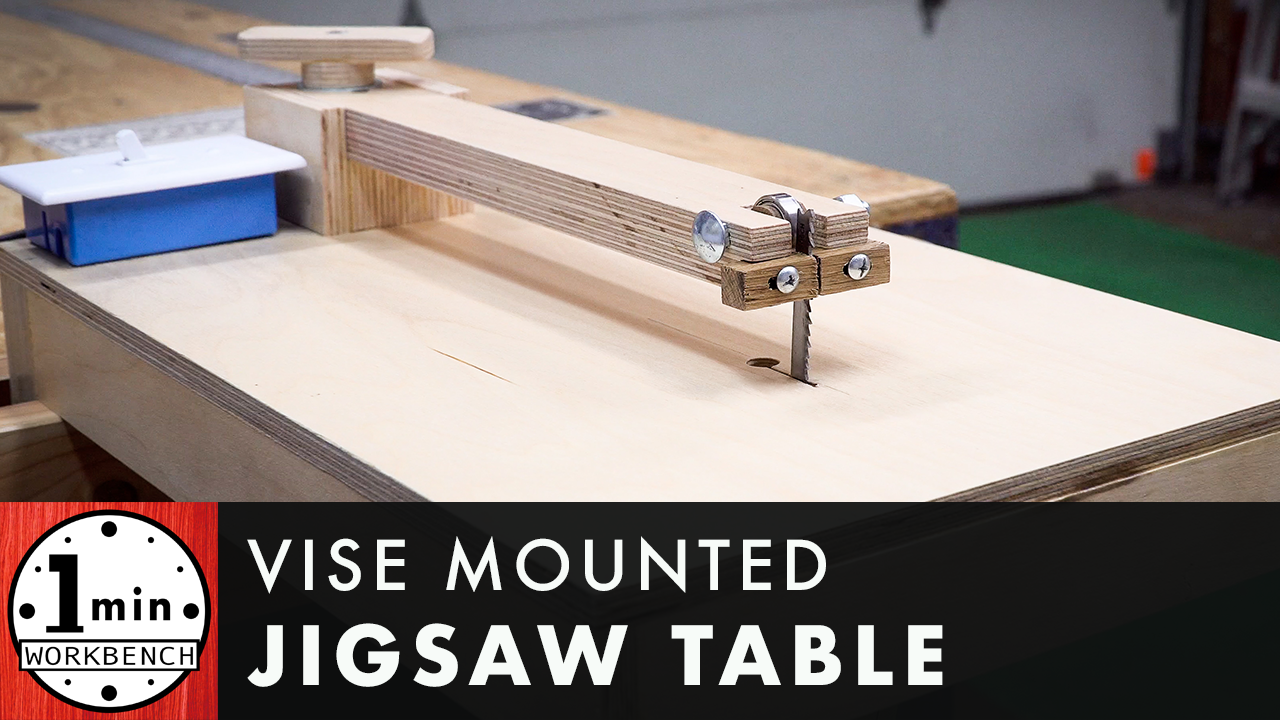 I made this jigsaw table mostly because so many viewers requested it. It does add some functionality to my shop though, and I probably wouldn’t have built it if it didn’t. Most people want a jigsaw table as an alternative to a bandsaw. While it can do a decent job of standing in for a bandsaw, it’s not quite as good as one. That said, it does add some functionality to your shop that a bandsaw doesn’t.

A bandsaw is superior to a jigsaw table for making most of the same cuts you’d use it for, however, a jigsaw table can be used to make “internal” cuts. Since a bandsaw’s blade is a solid band, you always have to start cutting from the outside edge of the material and work your way into whatever cuts you’re making. With a jigsaw table, you can drill a hole in the part, then set the jigsaw blade into the hole and cut out whatever shape you like.

This makes it a perfect tool for cutting slots, windows, holes, or any other odd-shaped internal cut you may need to make, while still leaving the perimeter of the material intact. For example, if you look at the free push-stick template I offer, you’d be able to cut out that internal handle shape much easier than if you were trying to do it with a jigsaw that’s not mounted in a table like this. The part is so small that if you clamp it to a table, you’d barely have enough room to maneuver the jigsaw around while making the cut. I actually did have some difficulty while making that push-stick, because I made it prior to making this jigsaw table.

So again, while most people will use this as an alternative to a bandsaw, you might consider making one of these, just for the added benefit it gives you of being able to cut internal shapes. Oh, and last but not least, the fact that it is vise-mounted means that it doesn’t take up a lot of space in your shop. Rather than building a giant box that holds the jigsaw in place, this style makes it to where you could store it in a (relatively small) drawer. Anyway, I hope you enjoyed this – feel free to let me know what you think in the comments on YouTube!